Calling all car hunters – production is underway for the next season of Barn Find Hunter and we need your help. Share videos or photos of your barn finds here, Tom will review your submissions and you could be featured in one of our episodes.

What is a barn find? To us, a barn find is a long-forgotten car(s) stashed away, waiting to be revived soon. The more dust, the better.

What to do next:

This is my latest save from the scrap heap. I went to look at an MGB GT project in Nova Scotia and this was sitting all forlorn in the corner of the barn. It was non-running and  off the road since 2013 because of frame and body rust. The interior was a petri dish of mold and mildew. The good news was the paint was all original and decent, and it only had 150K KM. Of course I bought it. I now have it running and all the frame and most of the bodywork is done. The interior cleaned up very nicely with the exception of the headliner. With new brakes and tires and a few other details it will be my new winter machine and tow vehicle. I always liked the first gen Disco, and I think this 98 will do nicely!

I'm trying to find out some info on the Studebaker trucks on episode 68...I don't know how to do that.  Can anyone help?

I didn’t get all the information on my earlier post.  The ‘57 mark II belongs to a friend of my wife’s, and rhonda has owned the car since she was a young girl. The interior and paint had been redone prior to it breaking down and being stored in her mothers garage for 20+ years.  Thank you for taking the time to go through my bumbling technological ineptness! 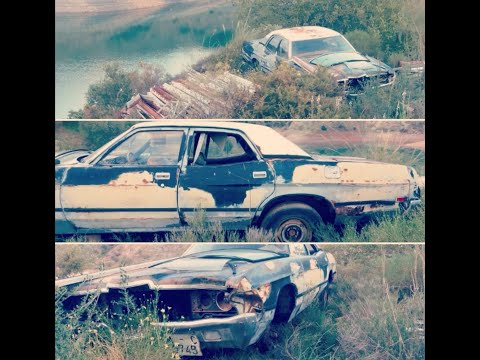 It wasn’t a discovery but my stories falls close enough for me to think it is of interest.

In January of 1941, my great grandmother went to Parker-Morelli Packard & Studebaker in Butte, Montana and traded in her 1937 Terraplane Model 72 in on a new 1941 Studebaker President Delux-Tone Cruising Sedan. My great grandfather and grandmother each kept their own car for four years but staggered the purchases so they had a new car every two years.  The war threw though off so the ‘41 stayed. In 1948 my Great Grandfather bought a Hudson Commodore. Her son then bough a ‘51 Hudson Hornet. As she was up in age, it appears she didn’t want a new car and usually relied on the other vehicles. The President was regulated to Sunday drives. She and my great grandfather passed and the car went into storage in approximately 1960 showing just over 38,000 miles. Due to the dry climate and the fact a feral cat colony lived under the garage (and my grandmother left poison in the garage for rodents) very little damage was caused by mice or other cutters.

For forty years the car sat and was only taken out when my grandmother’s house was sold.  The tires still held air!

A little wash and some new tires and off to the mechanic. Replaced some belts, worked on the brakes, a fluid change, and new battery. That was it. Started up without hassle.

A true survivor. Wool broadcloth untouched under dealer installed seat covers. Radio still works. Smooth nine-bearing straight 8 purrs and the electronic overdrive kick in and out perfectly. The hill holder works and it drives like a cloud.

Paint is still shiny and presents well at 10 feet. We take pride in the flaws and imperfections of it being a survivor at closer inspection.

Im wondering if tom ever ran across a 1958 plymouth belvedere. Been seeking one for years. I could sure use some help.

Hello! I am Country Boy Gas Garage on YouTube and this is the 1948 Ford F5 Church Short Bus I found abandoned in the forest! I was able to get it running and then drove it out! Now I'm getting it ready to drive back to the old church for a reunion trip! There is an 87 year old elderly woman named Mary that remembers riding this bus to Bible school as a child! Please Check it out and follow it's journey! Thanks! 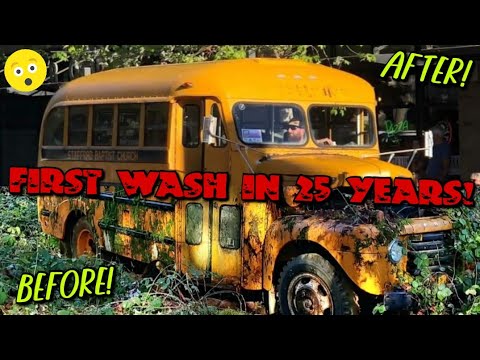 (9th) Pressure Wash Video! Abandoned 1948 Bus gets It's First wash in 25 Years! You'll be Amazed! 😲🤩
youtu.be/lmN1msTw1pQ
In this episode a Country Boy Gas Garage we give this abandoned 1948 Ford F5 school/church bus It's 1st wash in over 25 years! You're gonna be amazed at th...
0 Likes
Reply