Community Question: Your favorite song about a car?

What is your favorite song about a car?  For many of us, it's gonna be a certain ditty about the Pontiac GTO. For me, well that's a bit before my time, but I will share my favorite song in the thread. Because I have something far more interesting to share.

This comment was taken from a reader of the Hagerty Driver's Club magazine, and I thought it would be great to share here:

I enjoyed Scott Oldham’s feature “Getting to Know the GOAT,” (Issue 68, page 60), but wanted to correct him regarding the origin of the hit song “G.T.O.” John Wilkin was a songwriting kid with a garage band. His mother, Marijohn, a well-known country composer, was a fixture in the music business. John skipped high school one day and wrote “G.T.O.” His mom got the song published. As “Ronny Dayton,” he recorded it with his group “Ronny and the Daytonas” and it raced up the charts. Wilkin now lives west of Nashville and is still writing songs and performing.

Jim Wangers was behind a later group, The Tigers, whose song “GeeTO Tiger” didn’t make the Hot 100 but helped launch the 1965 GTO. The single had a unique B-side, “Big Sounds of the GeeTO Tiger at the GM Proving Grounds.” The record was the center of a Pontiac promotion with Car Craft magazine, Hurst Shifters, and NHRA. Has any other new car taken such advantage of pop music to become a sensation? I doubt it.

"Chevy Van" by Sammy Johns, so corny it's awesome

SS 396 from 1967 by Paul Revere snd the Raiders. A song that was done by Chevrolet and records were given to Chevrolet dealers. My family owned dealerships back in that time in Cochrane Wisconsin and St Charles Minnesota.

I'll second that! Although I admit it wasn't until the Google age that I realized the line was: "Two cool shorts sittin' side by side." Played through my 8-track, I was sure they were singing "sharks", which didn't make much sense, but then, I'd even never heard of the SoCal slang term "short", referring to a hot rod...

"Short" wasn't actually a Southern California term, it was used by the type of juvenile delinquents that at the time we referred to as "black shoes." Today we would just call them thugs.

I think the lyric was "...hear those dual quads drain". Rhymes with "startin' to strain".

One of my favorites tho.

We are both a little off. Looked up the lyrics online. "hear his dual quads drink".  I have the original LP. My hearing is a little off these days. Can't be too much loud music over the years. 🙂

My Stingray is light, the slicks are startin to spin

But the 413s really diggin in.

Well it's not about a specific car, but the best car-related song to drive to is Mark Knopfler's "Speedway at Nazareth".

I have the LP! (by the Rip Chords)

See the  USA in your Chevrolet

come with me Lucille in my Merry Oldsmobile

455 Rocket by by Kathy Mattea. Can't help singing along to that one.

"Mabelline, Why Can't You Be True." Preferably the version by Pat Donohue.

“One piece at a time”, by Jonny Cash.

How about Bob Seger’s night moves? Pair it with the video clip from Supernatural.  https://www.youtube.com/watch?v=GcGH7CcvQX4 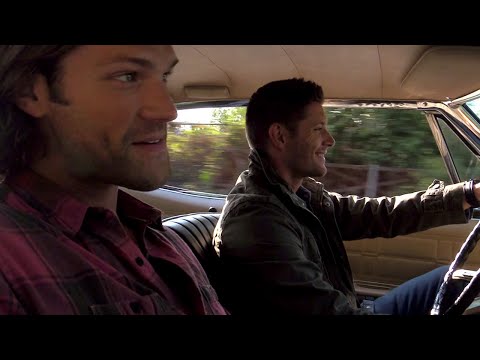 I'm in love with my Car by Queen drummer Roger Taylor

Good choices. Same as me.

Born to be Wild by Steppenwolf.  Get your motor runnin!

While this ditty isn't car specific, I think many readers will recognize at least some aspects of their early dating experiences from the lyrics. Cars were an indispensable part of teen-age dating, and a source of many fond memories many years later.

To the 1st 8 measures of Dvorak's Humoreske:

Was it you that did the pushin',
Got those stains upon the cushion,
Footprints on the dashboard upside down?

Was it you got to my daughter,
Poked her when you hadn't oughter?
If it was, you better get out of town!

OOH, yes t'was I got to your daughter,
Poked her when I hadn't oughter,
Footprints on the dashboard upside down.

BUT, since I got into your daughter,
I've had trouble passing water,
So I think we're even all around.

Racing in the Streets by Springsteen

Despite the fact that the 396 did not have "fuelie heads".

Hot Rod Lincoln. Also the forgotten hit, "Transfusion." "Comin' down the hill on a rainy day, when you see me comin' better start to pray, I'm the king of the road, I'm the boss all the way (sounds of car crashing) - transfusion, transfusion, my red corpuscles are in mass confusion, never never gonna speed again - slip a quart to me Mort."

Used to hear that on Dr Demento's show in the 70s. Good stuff. Don't forget "Beep Beep", by the Playmates.

All the songs listed are great! But I have two more:

"You Picked a Fine Time to Leave me Loose Wheel" by the Simply Weasels.

I actually have a playlist of just "Car Tunes" that has 96 songs on it!

and no one is ever going to write a song about a Kia or a Hyundai!!!!

Dead Man's Curve: ...We both popped the clutch when the light turned green.

You should of heard the whine from my screemin' machine...