I bought that car last year in Portland Oregon for $500. Problem was, I live in Jacksonville Florida. But, I had to have it. It cost $1200 to have it shipped. So I’m $1700 into this car that’s worth at least and at most $300. It Was idling at around 2500 rpm when I got it. There was a large stack of receipts from like 12 different shops in Portland in the glove box that said it needed a new computer. They replaced every sensor on this engine but never went through with the (computer). I got the car knowing it was running bad and went online to find a 1986 j-car computer. Online said O'Reilly’s down the street had one. I didn’t believe that. I went. They did. I bought it and installed it. Now it wasn’t idling high. It was running like some bull crap. I did some diagnostics and determined I got a bad computer. I took it back and told the guy at O'Reilly‘a how weird it was that they had a computer for a 1986 Cadillac Cimarron on the shelf for the first (bad one) I bought. He replied (after meat hammering the keyboard for a couple minutes) “you wanna hear something weirder that that? I have another one.” I took it home, put it in, and the car runs as good as a 1986 cocaine fueled GM executive bad decision ever will.

Here is what I've brought to this virtual table: my 1984 S&S Victoria Hearse, which sits on a Cadillac Fleetwood limousine chassis.

I bought this baby in July 2018, and it was my daily driver up until this past February, when I'd decided that things like ABS, traction control, air conditioning, and double-digit gas mileage were things I really wanted to have in a car. I still have this car, but after nearly dying behind the wheel of this thing on multiple occasions over the course of the World Tour of Texas Lemons Rally, it has finally been relegated to "weekend project" status.

It has a 6.0 liter V8 with a Rochester Quadrajet carburetor, and a Turbo 400 3-speed slushbox. On a good day, it makes 130 horsepower, which is just 7 horsepower more than what my 3-cylinder Ford Focus makes.

Now, the day I bought this car, I said to the owner, "hey, what's the story behind all these bullet holes," and rather than try to crack a joke about how Jimmy Hoffa was back here or whatever, the guy tells me this hearse was a prop car on season 4 of Fear The Walking Dead, where a baseball stadium in Round Rock was turned into a fortress, and this hearse was among the ragtag fleet of antagonists' vehicles who were laying siege to the joint.

The previous owner was contacted by a "car wrangler" from AMC, who rented this hearse from the guy, borrowed it for about 3 months for filming, and when they returned it shot full of holes, with the Landau top shredded, and with fake dirt and touch-up paint sprayed all over the place, the previous owner decided to get rid of it. Lucky for me, they didn't do anything to the interior.

Here is the title of the car, note that Stalwart Films LLC is the production company name AMC uses for all their on-site shooting work. Also, the "AM" under Body Style stands for "ambulance". This is technically a commercial vehicle in the state of Texas, which means I've been forced to get commercial vehicle insurance to drive this thing without having to pay for antique auto plates.

As of this writing, she's got 51,000 original miles, and aside from the water pump, throttle position sensor, fuel pump, battery, and at least a dozen different V-belts, by some miracle, I haven't had to fix a thing. Aside from the tires, which were a set of Michelins old enough that they had to specify which side of the Berlin Wall they were made on. Also, that formaldehyde smell never really goes away.

Here's the scene in Fear The Walking Dead, where Alycia Debnam-Carey shoots my car: https://www.youtube.com/watch?v=QcMLafYzWco 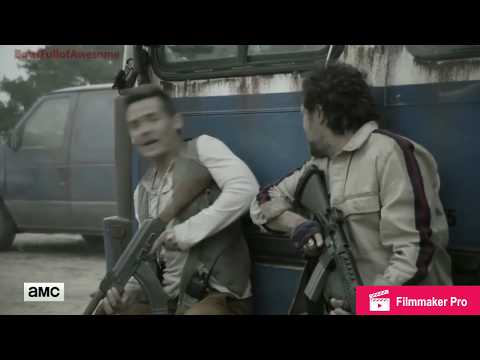 here is my submission, Beauty is skin deep, wood plastic and bamboo don’t rust. So all of this beauty’s rust is underneath. It started life as a out of this world 2000 Saturn sl, purchased for $450. With $20 spent on screws, wire and glue and scrounged materials I’m the owner of my own Tiki Bar. So pull up a stool, watch out for splinters, relax and have a drink  (non alcoholic) They won’t give me a license. 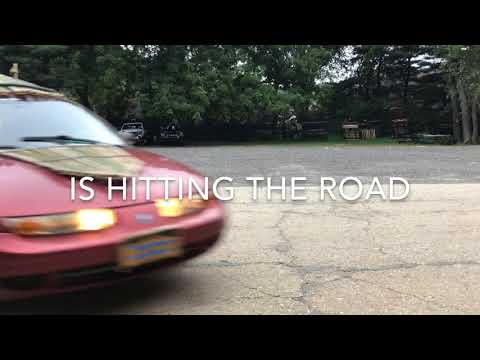 You're not seeing double, this is a pair of one-owner, color matched golden cream Oldsmobiles Cutlass Supremes. Both bought by the same man new in 1976 and 1977.

The Cutlass Supreme Cruiser (the wagon) was for his use, the Cutlass Supreme sedan, for his wife.  The wagon and the sedan had sequential license plates throughout their lemony lives and each came with its own log book of every oil change from new.

They were their only cars for 43 years until his death in February of 2019, When I bought the wagon and my friend bought the sedan from his daughters. I couldn't abide the blackwall and wheel cover combo so I put a set of TTOs on it, but everything else is as it was when he passed.

Being kind of obnoxious by nature, My friend Jeff Reynolds and I taken them out just to drive around and mess with people during the pandemic, because frankly, WTF else is there to do?

Also unfair, I included an image of the Head Gasket laying his exalted, yet smooth and supple hand on the wagon at the Amelia Island Concours D' Lemons earlier this year before all hell broke out. His highness was impressed with the ash tray provided for the no doubt, underage 3rd seat passengers who feel the need to light up when traveling down the road back first.

This is my submission, just send the cash and prizes to Jeff and I now, no need to prolong this further.