A YouTube channel I follow posted a video of cars being made in the 1920s but their labels were wrong. Can anyone identify the year and make of the cars coming off of the assembly line? 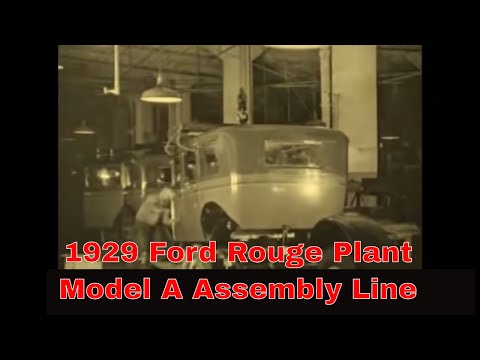 This is an interesting video!  The title says it's filmed in the Highland Park plant in 1919, but those bodies and huge I-6 engines are nothing like the Model Ts that would come out of the "Crystal Palace" back then.  Ford only made Model Ts in 1919, so something doesn't add up.

I am far from an expert of this era, but I suggest that footage is from another factory in Detroit.  Maybe those are Packards in the nearby Packard plant?

Sorry, I’ve no idea on the information you’re looking for. But that was an absolutely awesome video! I really enjoyed it, thanks for posting.  👍